skip to main | skip to sidebar

Robert Davi! You should know who he is! 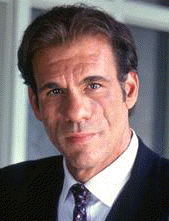 Look you know who Robert Davi is. He was born and raised in Queens, New York! He was on that show Profiler on NBC. He was a Fratelli Brother in The Goonies. (here is a scene) He was a villain in one of the James Bond films. He also once called Hollywood “…a bunch of commie, homo-loving, sons a guns.” He plays cops, thugs, soldiers, and mobsters. He was in “Die Hard’ and his character’s name was ‘FBI Special Agent Big Johnson‘. He is in movies with titles like, ‘Delta of Venus’ ‘Night Trap’ ‘Illicit Behavior’ ‘Wild Orchard 2’ ‘Legal Tender’ and ‘City Heat’. If you had Cinemax in the late 80s early 90s most likely you saw him in some movie every other day and if you were a young man you watched because you were probably going to see some tits. Cinemax owned him for some time back then. He lived in their office and would pay his rent by acting in a new movie every month. They used to loan him out the USA network on occasion. ‘Straight To Video’ was his idea. You should know this. I shouldn’t have to talk about it. Google it if you don’t know! and watch this video! (click here) You should be embarrassed if you don’t!

I will however talk about his fan club page. (click here) Firstly it looks like a little girl decorated it. Check out those sparkles. Secondly, under the first picture it says it’s “Robert’s Talking Page” what ever that is, and under that it says, “I hope we meet us there!” There are fifty members. It seems slightly cultish.

I actually got more information on Robert here however than on wikipedia or anywhere else. Scroll down for the bio if you want to find out more. He seems like a decent man with a good sense of humor.

So I’m not really wasting much time here. It’s been awhile since I have updated and Robert Davi is a good place to get things started again. On a scale from 1 to 5, Robert gets a 5. Just click (here) and look at his face. It’s very possible he washes his face with sandpaper and battery acid. I think Robert greatly utilizes his acne scars as an actual acting device. He is beautifully visually unique and also appears to be decomposing.
Posted by John at 6:36 PM

He is on FOX now.

Also here is a great offer from ArganLife for perfect Argan products to get rid of acne scars! Click to know about BUY 1 ARGAN GET 1 FOR FREE

The following time I read a weblog, I hope that it doesnt disappoint me as much as this one. I mean, I know it was my choice to learn, but I really thought youd have something fascinating to say. All I hear is a bunch of whining about one thing that you can repair if you werent too busy searching for attention. real money casino

I was just sitting behind him today at Universal Studios’ CA special effects show! I KNEW he was a movie actor but couldn’t place him while there. I googled for him and found his image with your post. Thanks for the elegant post. By the way, he seems to have a beautiful woman and three gorgeous daughters ...

John
This blog is dedicated to honoring the wide rage of talented actors who are branded with acne scars.